Names Every Graphic Designer Should Know

Are you craving for success in graphic design? Or maybe you find it so extremely exciting that you are just eager to be good at it? Good news is that there are a number of icons in the world graphic design who can become your next big source inspiration. Milestones in the industry were set by them, hence it is essential to check them out in order to move boldly towards the future with new ideas.

Let’s have a brief look at the names every graphic designer needs to know.

Kidd undeniably worth knowing. Enough to say, his TED Talk has been viewed over 1.3 million times. He collaborates with writers and filmmakers in order to visually tell their stories. He worked, among many others, with James Elroy, Michael Crichton, and Neil Gaiman.

Ever heard of ‘Jurassic Park’? Well, Chip Kidd is an author of one of the most recognizable logos of the 1990s – the famous, striking-red design of a skeleton of a dinosaur, a memorable graphic, placed not only both on the book jack and poster, but even in the movie itself.

Chip Kidd is  best known for his innovative book jacket designs. His recent creation ‘Go: A Kidd’s Guide to Graphic Design‘ is the first book ever created to teach  graphic design to children. For this, he received the National Design Award for Communications. 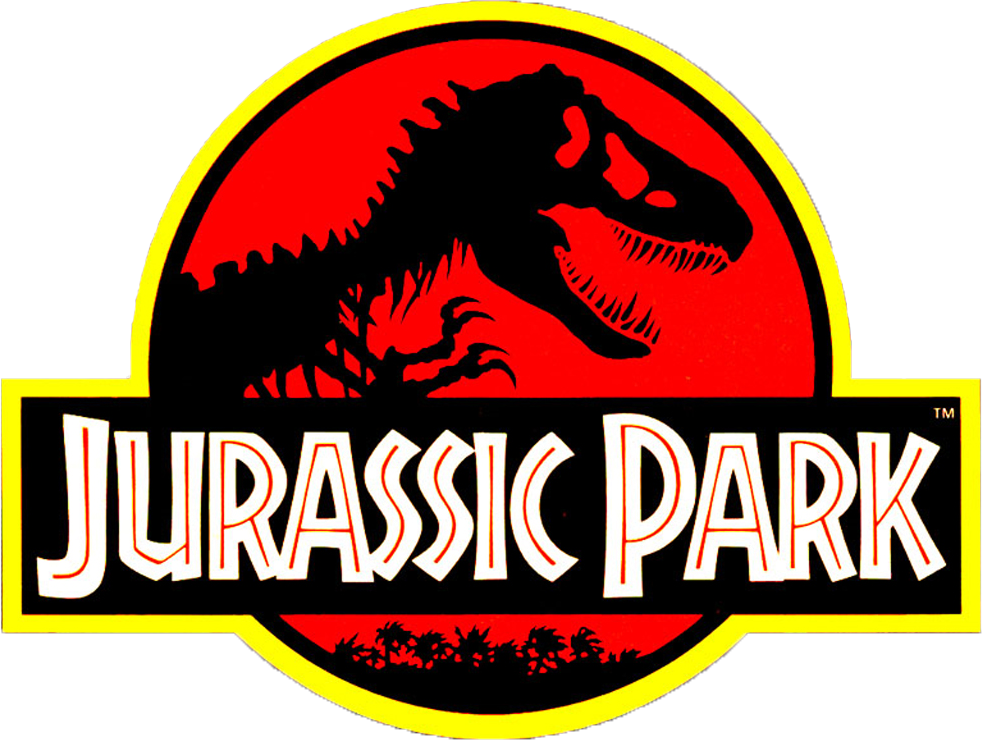 Before turning 25, Rob Janoff designed the Apple logo in 1977. Basically, we can say he’s been making a fortune as a graphic designer ever since. Apparently, he believes that he only drew a few silhouettes of apples to create iconic Apple logo. With a ‘bite’ on a fruit, he admits that it was rather a happy no-brainer coincidence than a brainstorm mastery. This ‘bite’ significantly added personality to the logo. 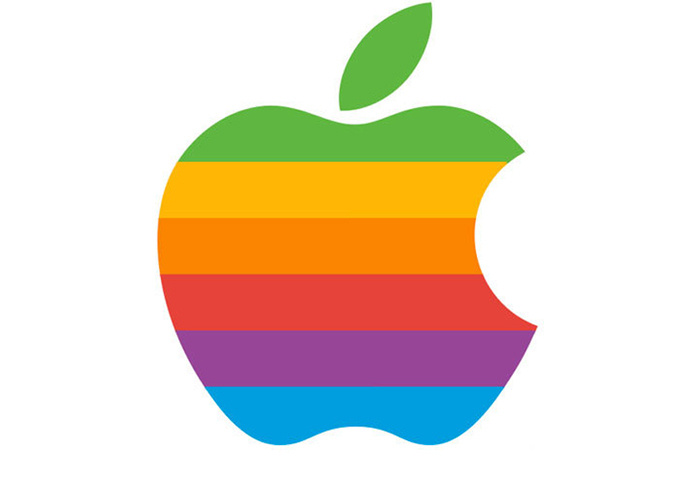 The brand‘s friendly approach was needed at that time since computers may have seemed scary to buyers at first. The first-edition consists of a colorful logo which referred to hippy styles and brands such as The Beatles’ Yellow Submarine. Today, Rob Janoff has been in the industry for almost five decades. He works on graphic design, printed advertisements, and television commercials.

Peter Saville, born in 1955,  works on record sleeves, covers, and packages. Check out his works for Joy Division, New Order, Unknown Pleasures, Transmission, Blue Monday, and Factory Records. You will notice that he was adamantly influenced by neoclassicism and architectural postmodernism. 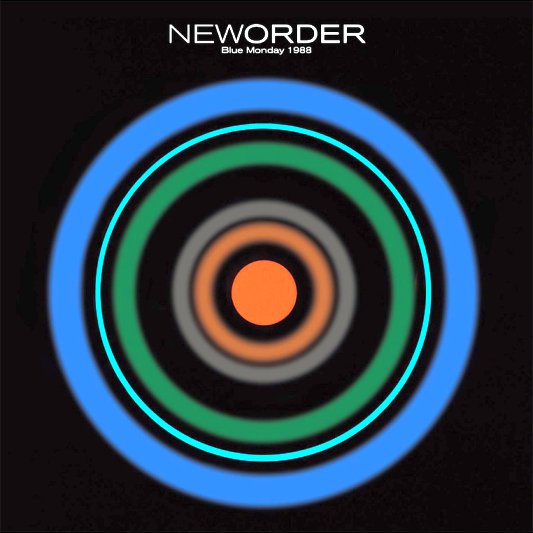 Graphic designer’s competency is one thing. Brilliant, ephemeral art, and eye for detail is another. This English art director and graphic designer has it all. He collaborated with fashion brands like Jil Sander, Burberry and Stella McCartney. He also worked as the creative director for the city of Manchester, and in 2010, he designed the English football team’s home kit.

Partnering with ‘Pentagram’, a design agency that works for Benetton, the New York Jets, Walt Disney, and Billboard magazine for 27 years, this is an incredible achievement to have. We add some pretty designs by Michael Bierut and everything is covered. 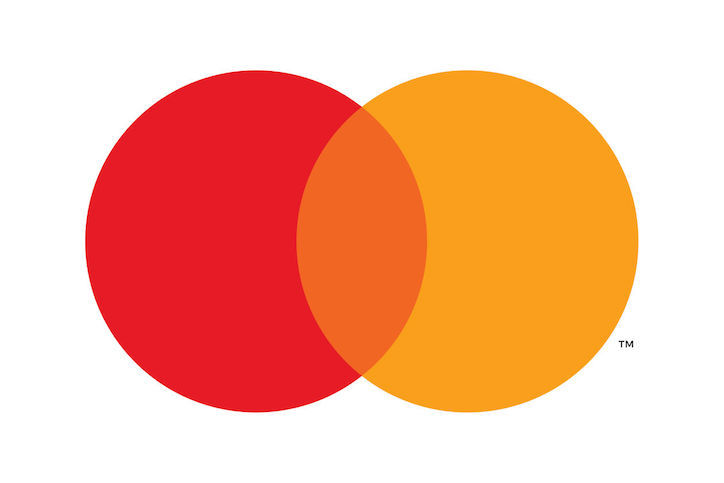 Awarded with hundreds of special honors, Michael Bierut is a designer who is permanently hired at MoMA. He is also a senior critic in graphic design at the Yale School of Art and is the author of a book called ‘How to’ (2015). Bierut believes that in any  graphic design job, it’s important to focus on the subject matter and the inspiration it brings to the table  rather than Photoshop effects.

Massimo Vignelli was in the business for a pretty long time. He passed away after half a century of work for powerful brands like IBM, Ford, Bloomingdale’s, Saks, American Airlines and many more. He even designed the subway map and signage for New York City. 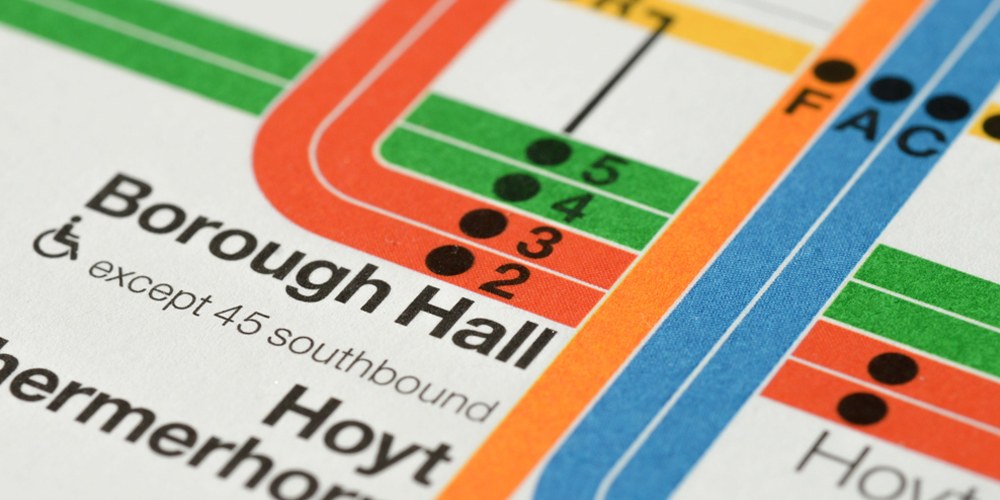 During his life, Massimo Vignelli was well-known as a teacher which significantly prolongs his living legacy. His protégés include Micheal Bierut, and although he did not work long on the web,  he managed to influence many of its aesthetics.

The famous ‘swoosh’ logo design was designed by her. It’s hard to find anyone who wouldn’t be able to recognize Nike’s iconic logo. The logo embodies Nike’s Greek goddess’ wing and is supposed to refer to movement. Despite its simplicity, the ‘swoosh’ was not easy to come up with. It took many tries.

Interestingly, despite her efforts, Carolyn Davidson didn’t actually earn a fortune for the design she created. At that time, she was still a student at Portland State University. Therefore, she ended up taking the simplest charge for the bid. A few years later, she was given in return, a large amount of Nike’s shoes by the founder of the brand, Phil Knight. In 2000, Carolyn Davidson retired from her career as a graphic designer.

Who would have guessed that this elderly man is the creator of the FedEx logo? One that has been applied to 600 aircrafts and 30,000 ground vehicles ever since? Did you  know that before settling on a shortlist, Lindon Leader prepared about 200 different versions of the logo? This logo is a true statement piece. It’s clever and definitely not just the aftermath of a lucky design.

While working at Landor Associates, Lindon Leader created many high-profile branding projects alongside companies like Hawaiian Airlines, Cigna Insurance, and Banco Baresco. However, for FedEx, he utilized negative space in a way that has never been done before for a huge global company. This is what makes him one of the names you have to remember as a graphic designer.

One of the world’s most-used typefaces, Helvetica, was created by him. How fascinating! Max Meidinger became a graphic designer in 1930 and worked at Haas Type Foundry in Switzerland. At that time, its director, Eduard Hoffmann, wanted Meidinger to beat the company’s rival, Akzidenz-Grotesk, which was run by H Berthold. After months, his best work  was produced and has been heavily used in the business world ever since. Helvetica has been used in various marketing materials. This includes the brand logos of American Airlines and BMW. 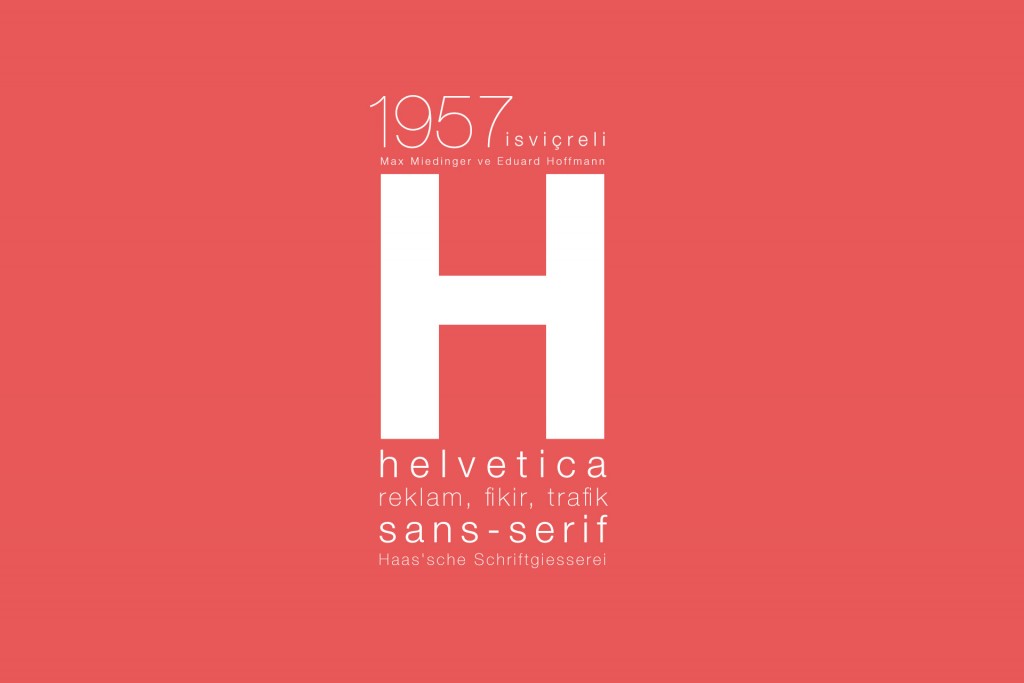 Susan Kare is an artist and graphic designer who was born in 1954. During the 1980s, she worked at the creative director at Apple. Kare created a design called ‘Geneva’, which is a neo-grotesque, sans-serif font that is quite similar to Helvetica. This was the typeface that Facebook turned to once it resigned from Helvetica in 2016.

Moreover, her work also includes the creation of iconic fonts like Chicago and Monaco, which has been used by Apple for many of their Macintosh’s interface elements. For example, the original icons and interface elements on macOS were created by Susan Kare – the trash can, the happy and sad Mac icon, the Command key icon. Currently, her portfolio includes icons that she designed for Facebook, Microsoft, Wired and many more.

This blue logo can’t be missed out. The bold and confident IBM logo is one of marketing’s best choices. It was designed by Paul Rand (actually, Paul Rosenbaum), an American art director and graphic designer born in 1914. It was also his privilege to create NeXT, which if you did not know, was Steve Jobs’ post-Apple venture. Rand sadly passed away in 1996.

Did he actually love New York as much as he claimed? Milton Glaser was the author of the incredibly influential ‘I love New York’ ( I ❤ NY) logo, which was designed to promote tourism in the city in 1977. 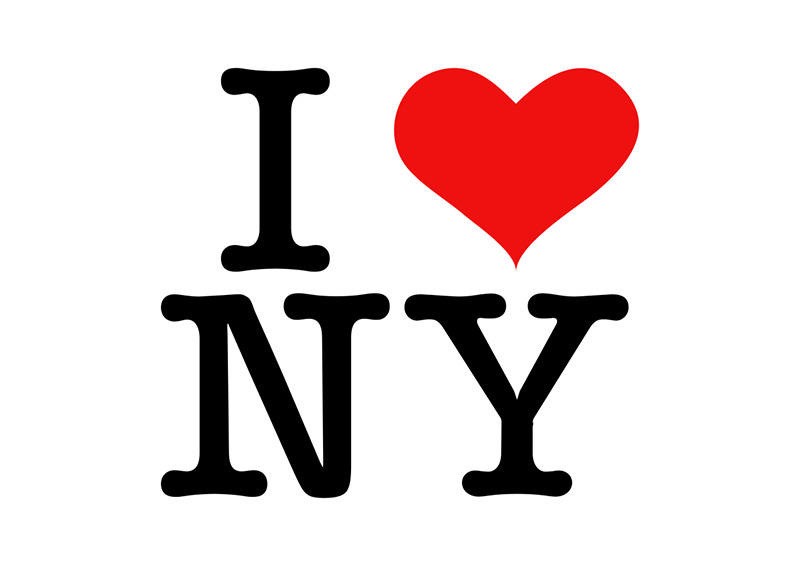 Today, Milton Glaser still stands as one of the world’s best-known designers. The quality of his works was what led to his fame in the industry, not just simple luck. In fact, his marketing designs for Bob Dylan, DC Comics and The Brooklyn Brewery were those that brought him recognition as well.

Glaser is someone who truly values consequence and business empathy towards his clients’ needs. He was the author of the ‘Glaser Stencil’ font but also a movie-protagonist in the documentary ‘Milton Glaser: To Inform and Delight.’ (2008).

David Carson, the most influential graphic designer of the 1990s is known for his preference for grunge typography. Being the art director of Ray Gun, the music and lifestyle magazine, he was open to experiments which helped kick-start a new era in design. 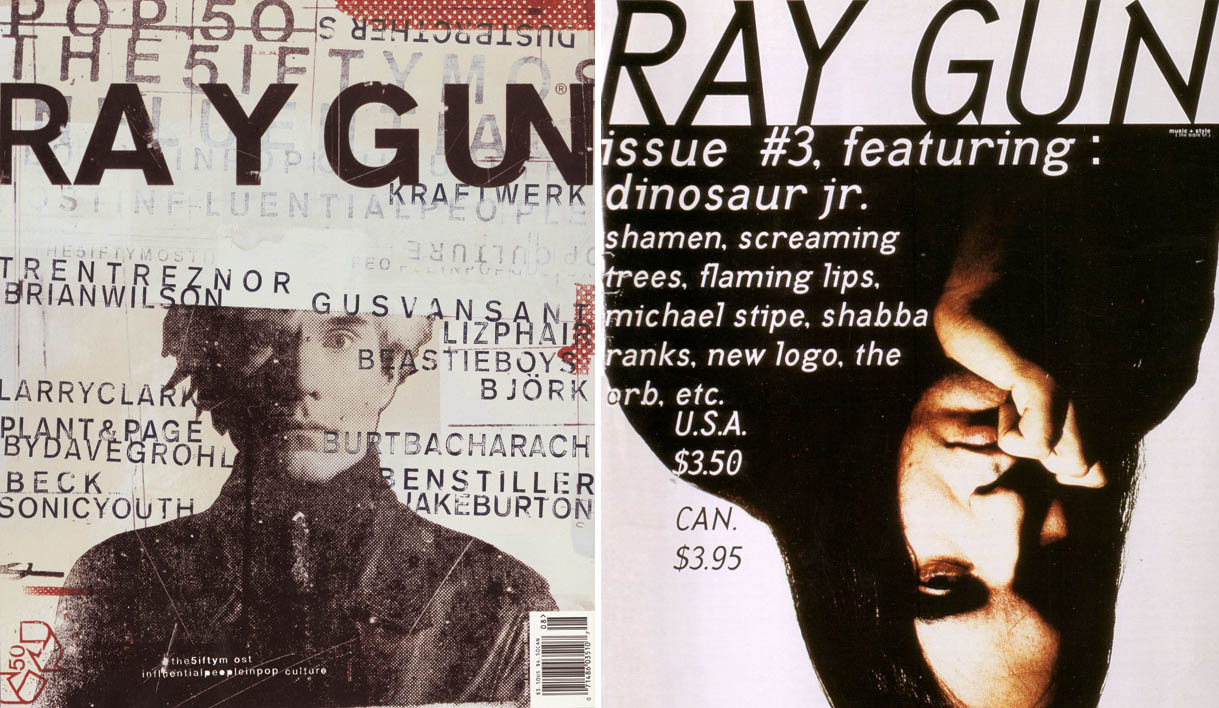 Highlighting his individuality and having the courage to produce extremely unique graphics were definitely his superpowers. Imagine publishing the entirety of an interview with Bryan Ferry using just the Dingbat symbol font. His ‘End of Print’ monograph was published in 2000, and since then, over 35,000 copies were sold. Today, the monograph is considered to be a designer’s bible.

Last but not least, Paula Scher is another graphic designer after Michael Bierut who has been honored to partner up with ‘Pentagram’ agency. The web describes her as the most influential female graphic designer alive. She teaches at the School of Visual Arts (SVA) in New York and has been an educator in the graphics field since 1992. 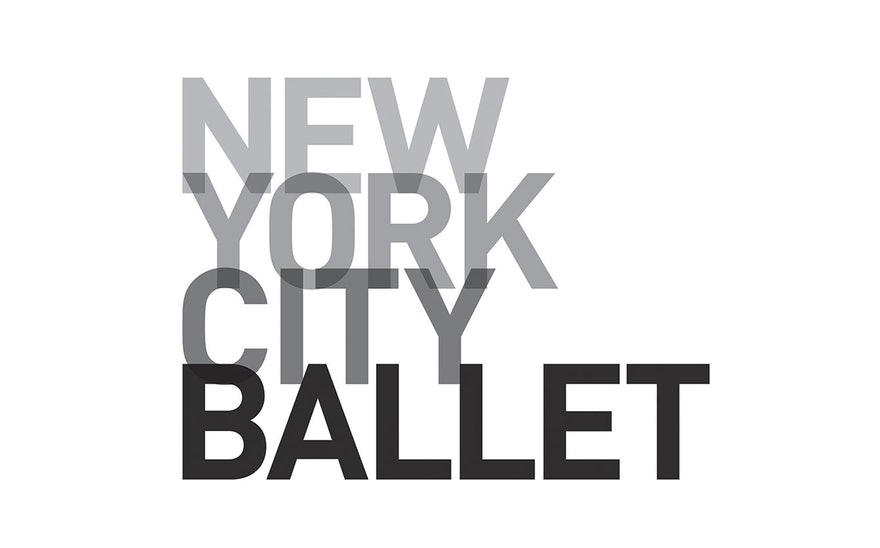 Her portfolio is truly impressive: branding for MOMA, New York City Ballet, Microsoft, and NYC Transit. She even created the poster for the 2012 Sundance Film Festival. Until today, her graphic designs remain noble and sublime. She encourages designers to make mistakes freely in order to grow and become a better designer.

Learning with Minecraft Logo: What Should a Gaming Logo Look...