Be it science or arts, there is philosophy behind everything. We might not notice the deeper aspects of reality due to our busy schedule, but once we sit and think we slowly begin to realize how everything in nature is connected. I will explore how the realization of “being connected” helps designers in creating timeless logos in this article.

Have you ever wondered how musicians create beautiful music? Have you ever thought about what it takes to be a great actor or a painter? Talent, you may say. Well you are not entirely incorrect. While talent and practice makes one perfect in their craft, it is simply not enough to understand creativity. Creativity goes deeper than talent and practice – somewhere in the realms of the soul!

Logo designers are great artists; they have evolved their talents after years of dedication, practice and hard work. The more they focus on their work the more connected they become! Connected to what, you may ask. Here is the answer – great artists, whatever form of art or science they might be involved in, are deeply connected to themselves!

The more connected you are to yourself, the deeper your understanding about things gets.

This enhanced knowledge about the self and the things around them helps them create timeless pieces of art. No text book, no computers and no mobile phones can ever help you get connected to yourself. It is only through dedication and practice that one gets connected or in touch with themselves.

Now that we understand the power and philosophy of being in touch with the self, let us explore intuition, symbols and creativity in connection with logo philosophy.

The power of intuition

Wikipedia explains intuition as “the ability to acquire knowledge without recourse to conscious reasoning.” Yes that is one way to look at it. The other way is a little complex, but I will break it down for you. Intuition does not fall in the realm of the “conscious” or the “subconscious” instead it is power that anyone can develop over time. When you focus on just one thing for a period of time you begin to develop a power. Many have associated this power with wisdom and insight. This natural process of deep realization is intuitive wisdom.

Albert Einstein, one of the greatest scientists in the world would often say, “The intuitive mind is a sacred gift and the rational mind is a faithful servant.”

According to Psychology Today, the great physicist once told a friend, “All great achievements of science must start from intuitive knowledge. At times I feel certain I am right while not knowing the reason.”

Carl Jung describes intuition as an “irrational function” which is directly opposed by sensation. He calls it “perception via the unconscious” which is used to bring forth goals, possibilities and images out of a congested situation. The more the intensity of perception, the more vivid will be the ideas and the images.

Here is a great video where Carl Jung explains Sensing vs Intuition: 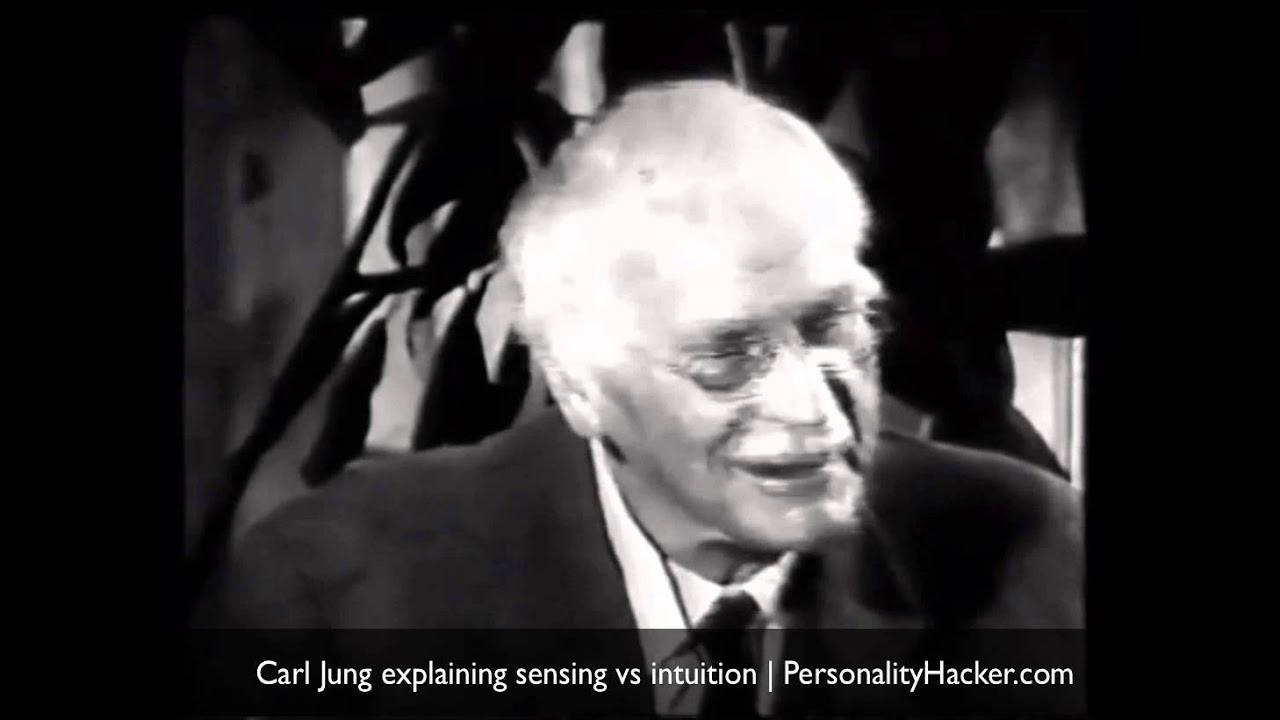 Nikola Tesla, one of the greatest scientists the world has ever seen, used to say, “But instinct is something that transcends knowledge. We have, undoubtedly, certain finer fibres that enable us to perceive truths when logical deduction, or any other wilful effort of the brain, is futile.” Inventor of Tesla Coil and Wireless Lightning, Nikola had been vocal about the power of intuition till his death.

For designers, intuition is not an alien subject but something which is as natural as breathing. Designers use various inspirations on a daily basis to create timeless logos. Like a swimmer needs water to swim, designers need intuition to draw inspiration while using his intellect to deliver the finished product. The combination of intuition and intellect gives a good designer an edge over the others. A good designer knows when intuition is combined with intellect unimaginable things can be accomplished.

Intuition works in the following ways for a designer:

The power of symbols

Symbols impact the mind faster than words. When you look at the Yin Yang symbol below, for example, the impact is immediate: you comprehend two opposite sides contained within a whole. However, when you look at the words, an additional step of visualization becomes inevitable before the symbol becomes meaningful.

Impact of symbols in logos and branding

There are those who might argue that logos are in fact a symbol; however, there is more to it than meets the eye. While it is true that a logo becomes the symbol for the company it represents, any pre-existing symbols used in a logo design plays an extremely crucial role in establishing the logo’s meaning.

If done the right way, incorporating symbols in a logo can have an extremely positive effect on the audience.

Branding is crucial for any business as it creates a lasting impression. Branding allows the people to know what your business is exactly about. Branding, in another word, is the company’s story. From a psychological perspective, symbols can elevate the brand story and make it more compelling for the audience. However, choosing the wrong symbols may backfire and may result in people choosing another brand with similar products and services.

Tips on using symbols in logos

Symbols works in the following ways for a designer:

The power of creativity

Whether you want to express your hunger in a foreign country or express your feelings through your paintings, it requires a certain degree of creativity. Creativity is truly the food for life! As I mentioned earlier, creativity comes from deep within oneself: the more in tune a person is with himself the better will be his creative output.

There have been attempts to understand creativity and how some people are more creative than the others, but they are mostly on the lines of science fiction. Well, as much as I have tried, I will probably not be able to paint a perfect picture of creativity.

Let us now see what some of the greatest thinkers have said about creativity:

Ray Bradbury, one of the most celebrated American writers of the 20th-century once said, “Don’t think. Thinking is the enemy of creativity. It’s self-conscious and anything self-conscious is lousy. You can’t try to do things. You simply must do things.”

Steve Jobs, founder of the big-tech company Apple, used to say, “Creativity is just connecting things. When you ask creative people how they did something, they feel a little guilty because they didn’t really do it, they just saw something. It seemed obvious to them after a while.” George Bernard Shaw, one of the greatest playwrights in world history said, “Imagination is the beginning of creation. You imagine what you desire, you will do what you imagine, and last, you create what you will.”

Logo philosophy is indeed a deep subject and cannot be explained in one article. Just like any other art form, designing logos too has a deep philosophy. L’Oréal to use eco-friendly materials for packaging by 2030

Psychology Of Marketing: How You Can Make It Work

Top 10 Fonts for A Modern and Minimalistic...